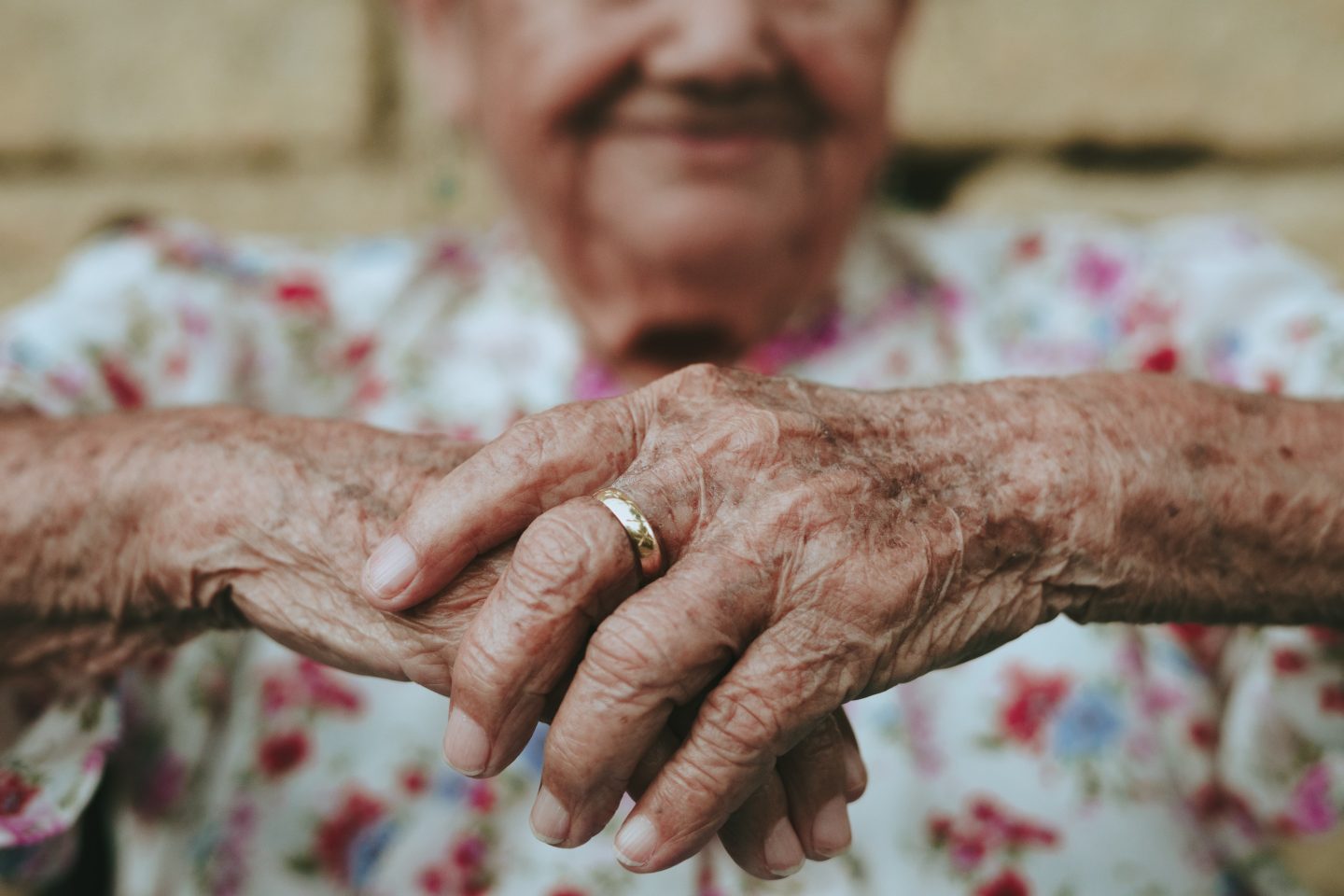 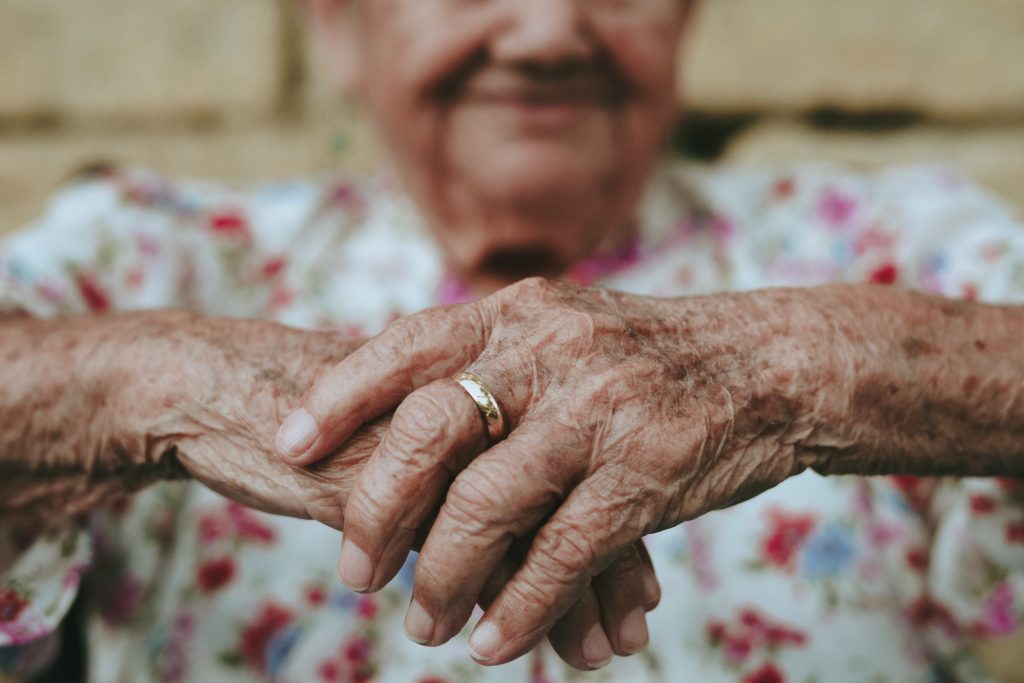 After running the gauntlet of Covid screening and putting on the shield of personal protective equipment, I arrive at the doorway of her tiny, overheated room. Not knowing what to expect, I stand there watching quietly and knocked.  A small woman is sitting in her wheelchair with a halo of white hair looks up momentarily from the labor of her hands and stares at me standing in the doorway. The blank gaze in her cloudy eyes contains no fear as she regards my protective gown, gloves, face shield, and mask. Long ago, the thief robbed her of the ability to experience surprise and erased the patterns of social niceties called hospitality. Dementia led her away from the here and now to deposit her soundly into her own little world.

Quietly, I entered her room and took a seat next to her. My goal was to observe and bless her through the “The Ministry of Presence.”  Obviously, a conversation of any kind was not going to happen today because she was engrossed in a jumbled project that was sitting on her lap.

After a time of observing, I notice her weathered hands gnarled and spotted with age was persistently moving. The large, angular, and knobbed knuckles tell the story of a woman who used them to squeeze every drop of productivity out of her life. From her history, I can see she grew up on a farm where she probably milked cows, weeded gardens, and mended clothing. In her adult life, she was a housekeeper in a nursing home. From another caregiver, I heard tales of how my patient would fly down the hallways at a breakneck speed of the facility with laundry carts of clean clothing to put away.

Even now, after years of retirement, those weathered hands refuse to be still. So, the once nimble fingers repeatedly, meticulously count the string of beads coiled limply on her lap. A frivolous jumble of gaudy Mardi Gras beads from a long-ago erased memory.

Her mind is not oriented to person, time, or place, but fixated with a laser-like focus on recreating the necklaces.

“The opening is here,” she explains to no one in particular as she patiently poured over every centimeter of the shiny bright green beads. “No knots on this one,” she comments in a broken, unused voice. “How did they put them on here?” She asks me, not expecting me to know the answer.

Near the end of our visit, she asks me to try one necklace on for size. Obediently, I slip the purple metallic beads over my head. She shakes her head knowingly and has a twinkle in her opaque gray eyes. “It is too long. We have to make it shorter. ” Carefully, I remove her treasure off my neck and hand it back to her.

Yet again, she bows her snowy head over her work and explained how she can fix the necklace and illustrates the point with her relentless, ever-moving hands.

Without a doubt, Hospice has taught me there are so many poignant gifts to receive from the lives of the living as well as the dying. One unexpected reward I gleaned today was from behind the thick and murky fog of a brain slowing fading, I caught a glimpse of who my new friend was through the movements of her aged hands.   Today, I began to understand how The Creator fashioned her, the things she values, and what gives her remaining days purpose. The lesson I was reminded of is her life is valuable because she is valued by Him.

“Let the favor of the Lord our God be upon us,

and establish the work of our hands upon us;

yes, establish the work of our hands!”